The new HBO Max climbing show created by Jason Momoa proves that these competitions are more fun as a team effort.

In an early episode of the new HBO Max competition show, “The Climb,” a pair of contestants go head-to-head on a climb to decide who stays on the show. They are just two of about a dozen different climbers competing for money, recognition and a chance at a possible new career. This week’s challenge is bouldering, which means that without a rope system anchoring the climber to the rock itself, the only thing protecting a potential two-story fall is a giant pillow on the ground.

A smaller version of “The Climb” would make a great show forcing these two climbers to carry all the necessary pads themselves. It is an arbitrary punishment that shames people who have not reached the same physical or metaphorical heights as their peers. seven. Instead, when “The Climb” shows all the contestants in a wide range, everyone is carrying a mat. And when it’s time for the climb to happen, cheers of support can be heard all around. The field may narrow by one episode to episode, but this group is closer to a team than most similar shows.

There is indeed a lack of pettiness in “The Climb”. Created by Jason Momoa and airing weekly this month, the show isn’t really designed to shock or outrage. Instead, the series follows a group of climbers as they tackle some of the world’s trickiest rock faces, starting with a set of locations across the Spanish landscape.

The competition is the hook, with a $100,000 prize and an endorsement deal with a similar climbing company hanging in the balance. But it almost becomes secondary to the things that work in the show. Climbing World co-hosts and stars Chris Sharma and Meagan Martin don’t manipulate them against each other or encourage them to sabotage each other’s chances. The longer the show goes on, the less these climbs become obscure psychological tests and more demonstrations of skill. Postmortem interviews actually analyze decisions and strategies. In one of the standout sequences from the early episodes, the entire group dissects the footage of the first climb, highlighting the achievements and helping them tackle the next tasks ahead. 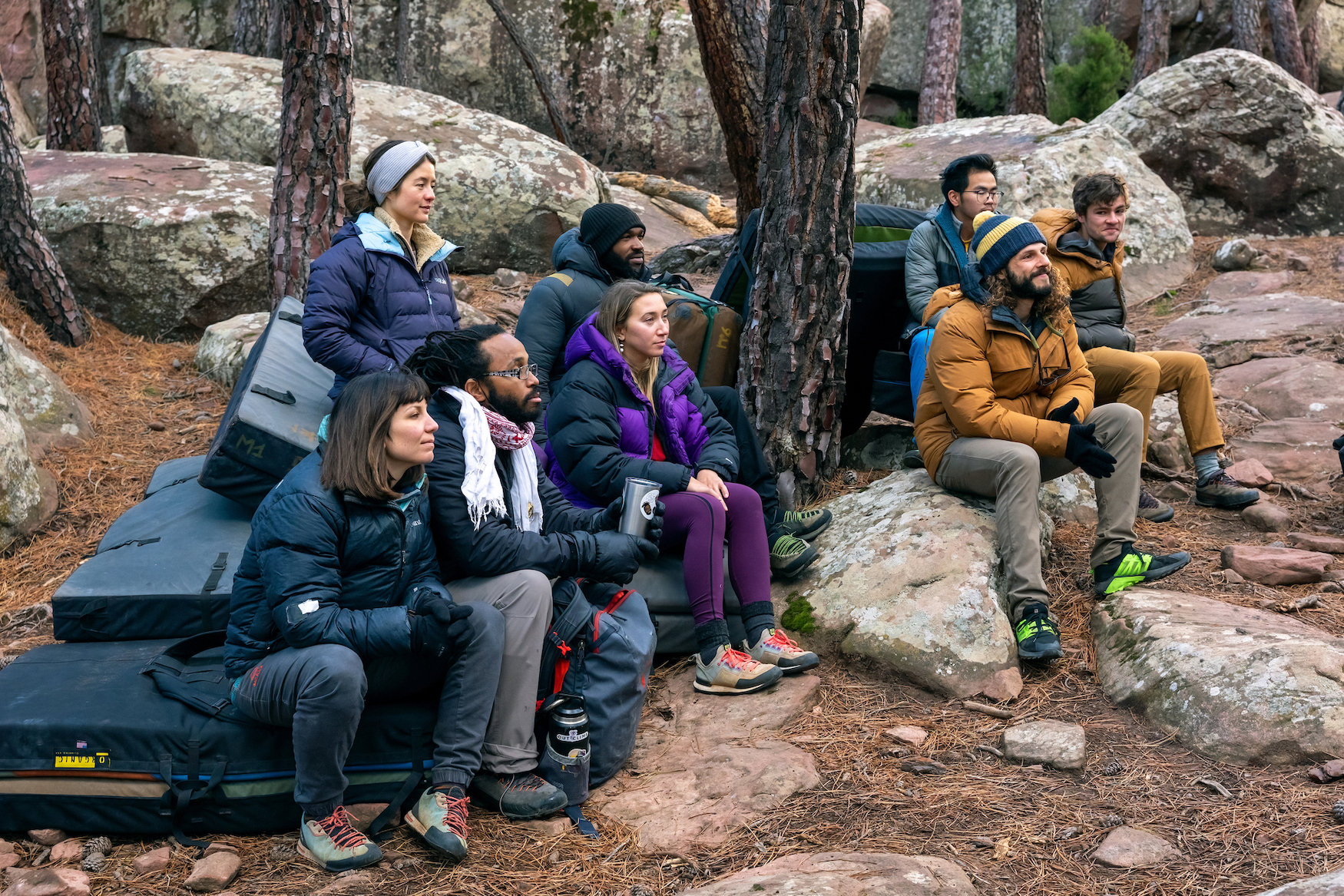 “The Climb” takes all the energy usually devoted to manufacturing heroes and villains and puts it into appreciating the sport itself. If you have a main challenger on ‘The Climb’, it’s the rock faces themselves, with treacherous overhangs, little natural handholds and routes that require massive upper body strength. If those gargantuan vistas didn’t already speak for themselves, Momoa and Sharma’s two-man location team would do a decent job of articulating the expectations and risks associated with each new setting.

Along the way, the competitors can bring more of themselves into the process. When the group walks the streets of a Catalan village and one of them wonders how they can climb a centuries-old prison, this is the kind of personality that shines through when less time and effort is spent on making the competition bigger than the people involved. Between individual skill displays, the focus here is on down-time hangouts, casual wine dinners, and giant group hugs.

With HBO Max facing an uncertain future — where Discovery’s influence over a potential megastreamer could mean an even greater emphasis on unscripted programming — “The Climb” seems like a show that’s much closer to a tool than a liability. It’s not just snogging the real waters, as much as it sometimes feels like a belated response to the popularity of something like “Free Solo.” (And while Momoa’s self-confessed interest in climbing predates that doc, this race still feels like someone taking a chance on turning a somewhat exotic hobby into content.)

Before getting into a better groove as the show progresses, there are still moments from the opening episodes where the traditional gags and indulgent build-ups are usually reserved for races that feel flat without such shortcuts. The more interesting, honest talk of the climbers is sometimes stifled when the show feels the need to remind the audience that they are watching a competition, rather than basking in the feat of an expert climbing the waters off the coast of Mallorca. 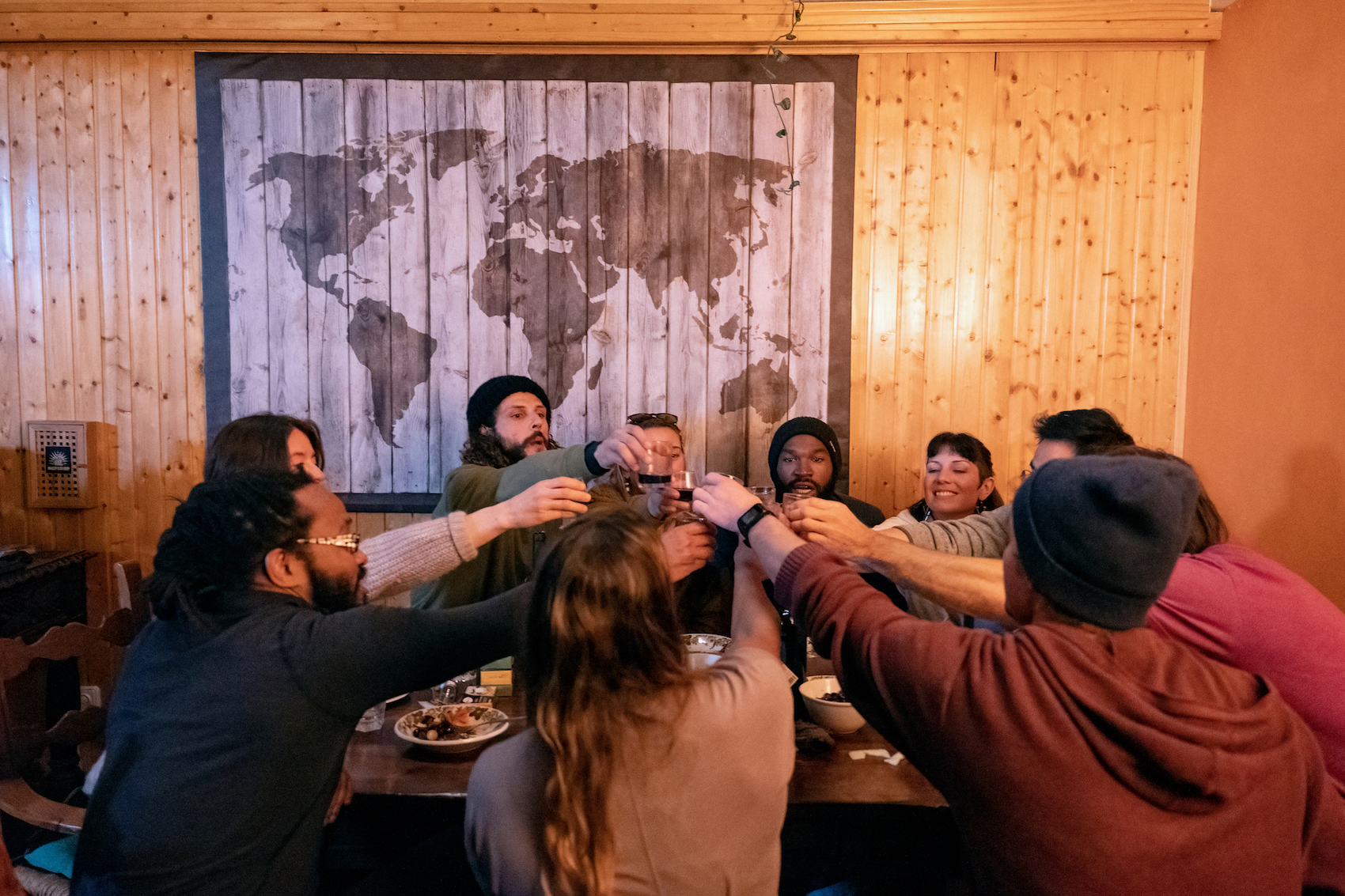 While it feels like “The Climb” would work better as a more traditional documentary series, relying on the tension inherent in getting to the top (or “sending it,” as the climbers here call it), there are enough stretches here that still manage to set the race traps down the to the side. The audience can get a small glimpse of the contestants’ past triumphs and traumas. These stories come from different regions of the United States and beyond, many told by people who feel additional pressures to perform and represent groups not always seen in sports in general.

Some climbers who participate even hiss at the idea that competition makes people approach others differently. The first episode starts a philosophical debate that gets people fired up more than talk of prize money: If you reach the top, is it your duty to do so? The fact that the answer seems to be a resounding yes in “The Climb” is just one indication that they’d be chasing this high even if the cameras weren’t rolling. For a TV show that tries to pick the best bits from the worlds of reality competition and documentary storytelling, that’s pretty much the best case scenario.

“The Climb” will release new episodes every Thursday until January 26.