The Netflix Top 10 was led by Rob Lowe’s “Dog Gone” and the documentary “The Hatchet Wielding Hitchhiker.”

The peaceful coexistence of theaters and home platforms, and the latter’s greater interest in award-winning titles, are prominent themes for VOD games this week. Throw in signs that Nicolas Cage, always a draw for home movies, is as strong as ever, and two unknown titles on Netflix are rising above higher-profile originals, and the result is a number of interesting developments this week.

In its second week on home video, “Puss in Boots: The Last Wish” (Universal/$19.99), which opened in theaters just over a month ago, repeats at No. 1 on all three VOD charts we track. Meanwhile, the film gained six percent this weekend in theaters, crossing the $100 million mark, suggesting that simultaneous availability does little harm, at least for a family title.

This week, nominations from the Golden Globes and other top industry groups have had little response to theatrical returns aside from steady interest in “The Whale” (A24). But six potential Best Picture Oscar contenders, most of whom have recently received attention, took a third of the 30 possible spots on the lists.

“The Woman King” (Sony/$5.99), the only one of the three not a presumptive Best Picture nominee, actually took the top spot on all the lists. The blockbuster movie, which has recently been slashed in price, is still very popular with the audience, the attention of the awards is just an added bonus compared to the need for some other movies. “Top Gun: Maverick” (Paramount/$5.99), still at No. 2 on Google Play, and “Everything Everywhere All at Once” (A24/$19.99) also hit two charts, both is also among the three highest-grossing films among these contenders. . Daniels’ film makes a remarkable return at PVOD prices after previously being available to rent for $5.99. This is an unusual, if not unprecedented, move by A24. 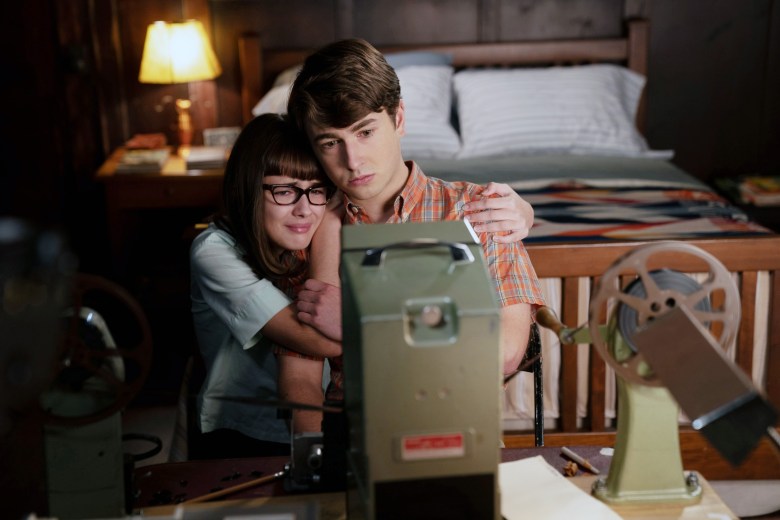 “The Old Way” (Saban/$19.99) is the only new entry this week with two charts (No. 3 on Vudu, which ranks by revenue). This direct-to-home western stars Nicolas Cage, and the prices are weird. Cage has been a VOD star for years, with many of his titles going straight to video. But quite often they initially rented for $5.99. Now, after the theatrical and domestic success of “The Unbearable Weight of Massive Talent” last year, it seems that his stock has increased.

Netflix is ​​led by four originals, but two high-profile titles in recent weeks — “The Pale Blue Eye” with Christian Bale and “Glass Onion: A Knives Out Mystery” — slipped to third and fourth place. The two at the top of the list are much lower profile but more typical original Netflix fare, no doubt much cheaper.

Currently at No. 1 is “Dog Gone,” an animal exploration/father-son reconciliation story with Rob Lowe from veteran director Stephen Herek (“Mr. Holland’s Opus,” “Bill and Ted’s Excellent Adventure”). No. 2 is interestingly titled “The Chatchet Wielding Hitchhiker,” an original documentary about a charismatic young hitchhiker who first becomes a hero and then becomes a murder suspect in another incident.

iTunes and Google Play rank movies daily based on the number of transactions. These are the lists for January 16. The distributors listed are current rights holders. All address prices are for rent.

Vudu ranks based on revenue, not transactions, which elevates premium VOD titles. This list is January 9-15.

The most viewed, current ranking on Netflix’s daily hit list for Monday, January 16. Originals also include titles produced and purchased by Netflix, which will initially be shown in the United States. Every Tuesday, Netflix releases its own weekly top 10 based on watch time.