Next month’s Screen Actors Guild Awards is too early for Netflix’s own live streaming technology, so they’re relying on Google for now. 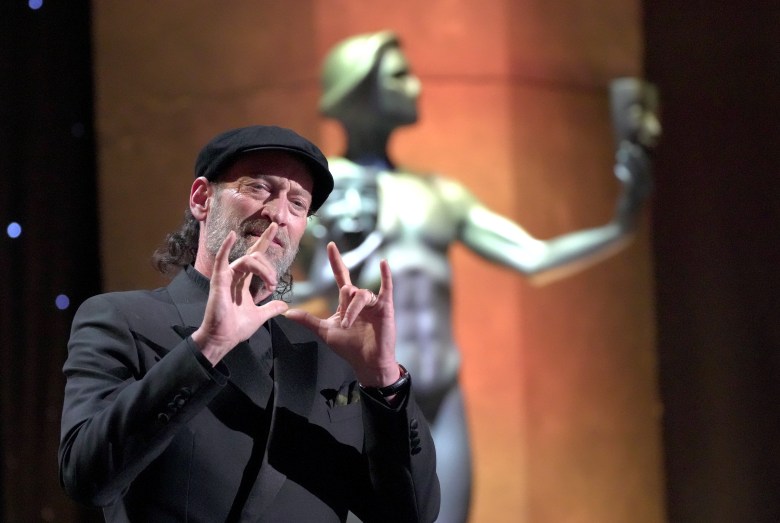 Troy Kotsur accepts Outstanding Performance by a Male Actor in a Supporting Role for CODA on stage at the 28th Screen Actors Guild Awards.

SAG Awards streaming comes courtesy of Netflix. The 2023 Screen Actors Guild Awards will be streamed live on Netflix’s YouTube channel; the 2024 show will stream itself live on Netflix.

Netflix is ​​just starting to dive into the live streaming waters. The first live event will be a Chris Rock comedy show on March 4th. Simply put, Netflix isn’t ready to stream February’s SAG Awards live — but YouTube is. Netflix plans to be up-to-date by next year’s Screen Actors Guild ceremony.

“We are thrilled with this exciting new partnership with Netflix and look forward to expanding our show’s global audience,” SAG-AFTRA National Executive Director Duncan Crabtree-Ireland said in a press release. “As the only televised awards program that honors only the achievements of actors whose work is admired by millions of fans, the SAG Awards are a unique and cherished part of the entertainment universe.”

“The SAG Awards are loved by the creative community and viewers alike, and now even more fans will be able to celebrate these talented actors from around the world,” said Béla Bajaria, head of global TV at Netflix. “As we begin to explore live streaming on Netflix, we look forward to working with SAG-AFTRA to elevate and expand this special ceremony into a global live event in 2024 and beyond.”

The SAG Awards used to air on TBS and TNT, which Warner Bros. Discovery (and before that WarnerMedia) insufferably referred to as “TNets.” This 25-year run ended this spring.

The 29th Annual SAG Awards can be streamed live YouTube.com/Netflix on Sunday, February 26 at 8:00 PM ET/5:00 PM PT. Netflix also promised in Wednesday’s press release that it would “use a wide range of social media channels to promote the event.” The ceremony is presented by SAG-AFTRA with the Screen Actors Guild Awards, LLC; executive produced by Jon Brockett and produced by Avalon Harbor Entertainment.

Nominees for the 29th Annual Screen Actors Guild Awards will be announced today at 7 a.m. PT. The honor goes to Ashley Park (“Emily in Paris”) and Haley Lu Richardson (“The White Lotus”). The nominees will be revealed on SAG Awards Instagram Live and Netflix.

Nominees for Outstanding Action Performance by Stunt Ensembles in Film and Television will be announced by SAG Awards Committee members Jason George and Elizabeth McLaughlin, with an introduction by SAG-AFTRA President Fran Drescher.