Kosinski said that all of his actors feel pressure to live up to the legendary volleyball scene in “Top Gun.” 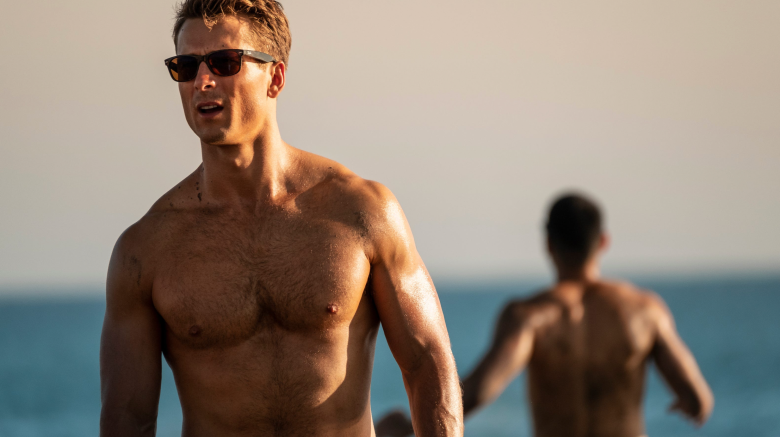 “Top Gun: Maverick” has received overwhelming praise for its ability to bring fresh versions of moments and tropes from the original “Top Gun” into the 21st century. One of the best examples is a scene in which Tom Cruise leads his group of pilots in a co-op game of soccer on the beach. The scene was an obvious homage to the original film’s infamously camp Kenny Loggins scored volleyball scene, and quickly became a fan favorite moment.

Speaking to IndieWire on the red carpet at the Critics Choice Awards, “Top Gun: Maverick” director Joseph Kosinski reflected on his experience shooting the football scene, which he called one of his most memorable days on set.

“One that I get asked a lot about, which was a very memorable day, was when we shot the beach soccer scene,” Kosinski said. “The actors were under a lot of stress, they all worked hard to prepare for this scene. They were under pressure, the weight of the original scene was so iconic. I remember Glen went 110 percent in the first game and got hurt, but he recovered quickly and we managed to make a great version of him.”

Kosinski never tried to hide the pressure he felt to continue an iconic film that fans had been waiting almost 40 years for. But in an interview with IndieWire ahead of the film’s release, Kosinski expressed relief that fans of the original film were just as enthusiastic about his film as those who weren’t familiar with the original.

“We did a little audience testing,” he said. “What was surprising to us was that whether people had seen the first movie or not, people rated the movie exactly the same. There was no difference between “Top Gun” fans and non-“Top Gun” fans. I never expected that, but I think people can get more out of it if they’ve seen the first movie. But people seem to enjoy it anyway.”