The five-time Emmy winner also explained why he turned down the Emmys after four consecutive wins for the character. 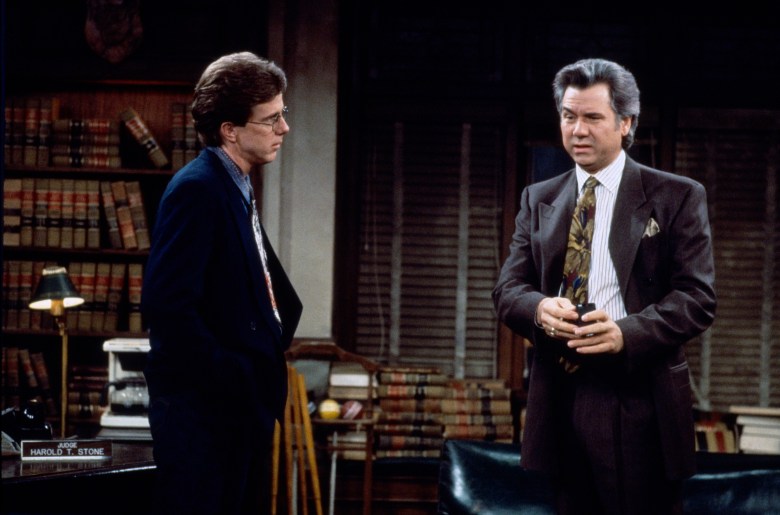 In NBC’s upcoming reboot of “Night Court,” John Laroquette returns to his iconic role as Dan Fielding, the egotistical prosecutor whose love of berating his colleagues is matched only by his obsession with pursuing new sexual partners. Laroquette’s presence on the show is one of the main attractions of the reboot, as many fans will no doubt be excited to see Fielding return to the courtroom.

As it turns out, Laroquette had a chance to reprise the role of Dan Fielding years ago, but that opportunity wasn’t right. Speaking to media at the Television Critics Association’s winter press tour on Sunday, the actor revealed that he had been approached to play Fielding in a “Night Court” spinoff that would have aired on NBC after the original series ended in 1992.

But while the prospect of continuing to play such an iconic role would be enticing for any actor, Laroquette ultimately concluded that Fielding worked best as a supporting character, and that building a show around him would spread his comedic appeal too much. Laroquette added that he ultimately sees himself as an actor who works best as part of an ensemble, and is happiest when he can nail a joke or two before passing the baton to someone else.

Laroquette won four Emmys for her performance on “Night Court” (and a fifth for her guest appearance on “The Practice”), but don’t expect her to be an ardent prizefighter in her second run as Dan Fielding. The actor explained that he got bored of the awards game after collecting four consecutive Emmys and eventually gave up on nominations. While he’s not sure if he can withdraw his name from consideration this time, he says he’s still more than happy to hand the awards to younger actors who need the recognition more. Plus, you’d be happy to skip the hassle of visiting award shows.

“I didn’t want to put on a tuxedo and sit down with the rubber chicken after the show,” he said.