Jena Malone is on a mission to find a murderer in God’s house.

The “Neon Demon” star plays Grace, an atheist who travels to Scotland after her brother kills himself in a convent for the new horror film Consecration. However, Grace’s brother, who was a priest, is also a suspect in a murder investigation, and Grace begins to believe that she was actually killed and did not take her own life. At the convent, Grace discovers murder, sacrilege, and a disturbing truth about her own past.

Janet Suzman plays a superior nun who seems to be protecting supernatural secrets in the horror film. Danny Huston is the lead investigator on the head-scratching case.

“I’m never as terrified as when I walk into a church or a church,” Smith said Entertainment Weekly I recently walked into a synagogue and found it such an electrifying atmosphere. I don’t feel this in old houses. I wanted to make a film about religion, but it has to be done seriously.”

Malone previously starred in the 2020 horror film Antebellum, and told IndieWire that she’s not afraid to play a white supremacist on screen and address the debate about race in American cinema.

“I’ve never been the type of person to really be afraid of characters that aren’t easy to bring to life, I guess that’s the nicest way (to put it),” Malone said. “The whole spectrum of ‘villainy’, things that are not easy to like, not easy to understand, those things never scared me.

He added: “People would say, ‘Are you scared? Are you okay?’ That was kind of when I let the fear get down my throat a little bit, but now we’re in this kind of amazing reckoning, this awakening, and there couldn’t be a better time for this movie to come out. I am not afraid at all.”

“Szentelés” will premiere in theaters on February 10.

Watch the trailer below. 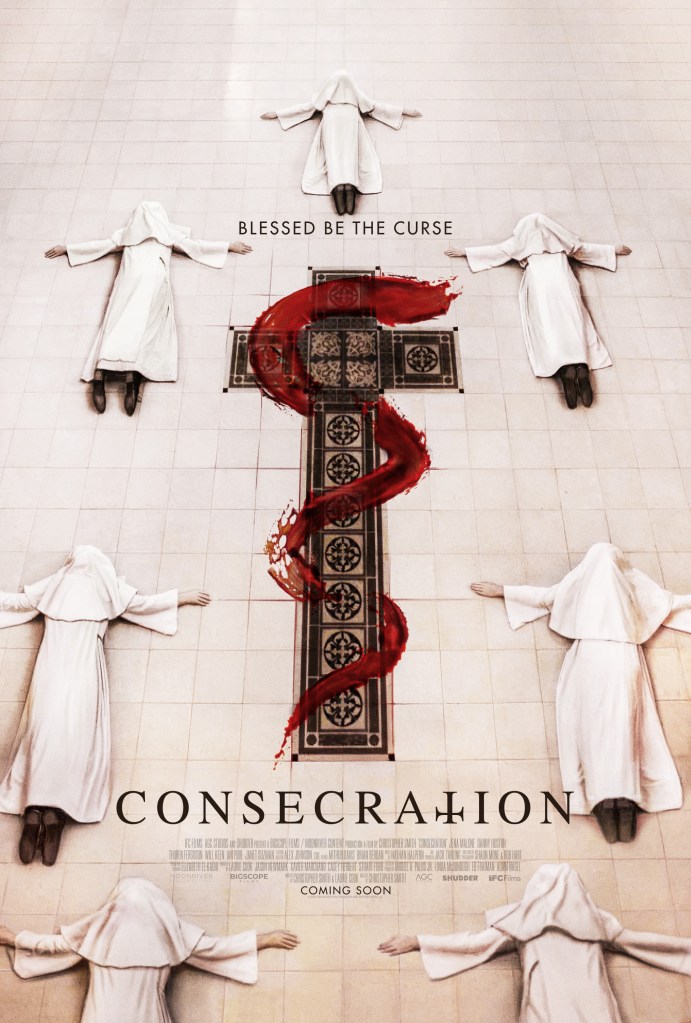