“I’m going to get killed by Vecna, I’m going to break my bones,” Corio told IndieWire on the red carpet at the Critics Choice Awards. 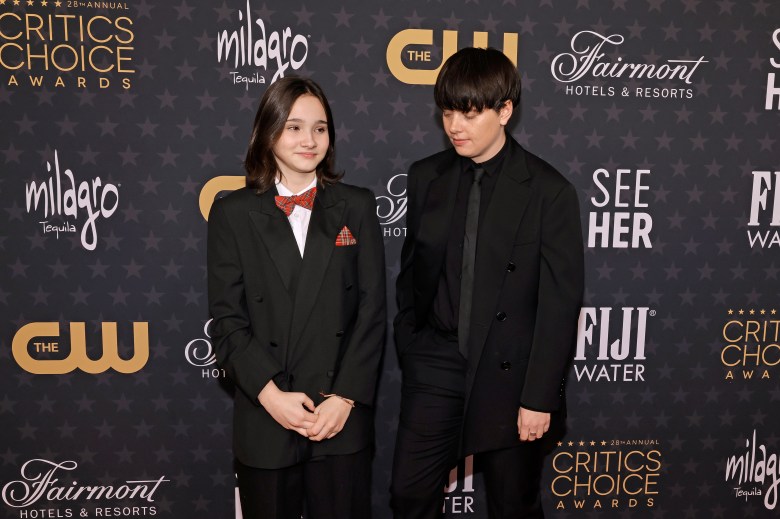 In Charlotte Wells’ feature film debut, Aftersun, child actor Frankie Corio gives one of the best performances of the year as Sophie, a bright 11-year-old girl on holiday in Turkey with her doting father Calum (Paul Mescal) in the late 1990s. On the red carpet at the Critics Choice Awards on Sunday, the young star opened up about her passion for another era of Netflix’s hit sci-fi series “Stranger Things.”

“I’m going to get killed by Vecna, my bones are going to break,” Corio said on the red carpet, referring to the show’s most recent season four villain. “I’m basically recreating everything that’s happened on the show with just one character.”

Wells and Corio also talked about how they’ve grown closer since “Aftersun” came out, with Wells saying that while the two got along, Corio was mostly focused on developing his chemistry with Mescal and focused on the overall project. Since then, however, the film’s press work has contributed to the two becoming much closer.

“After the shooting of the film stopped, I started hating him. Joke!” Corio said. “No, we’ve become much closer and he’s my best mate.”

“Aftersun” topped IndieWire’s list of the 25 best films of the year, with chief critic David Ehrlich writing that the film is “A stunning debut that evolves with the gradual poignancy of a Polaroid” and “an honest film about remembering the people we we lost – fragmented, intangible, nowhere and everywhere at the same time – this is also a heartbreaking act of self-remembering. The film is currently available to rent and purchase on VOD and digital platforms.